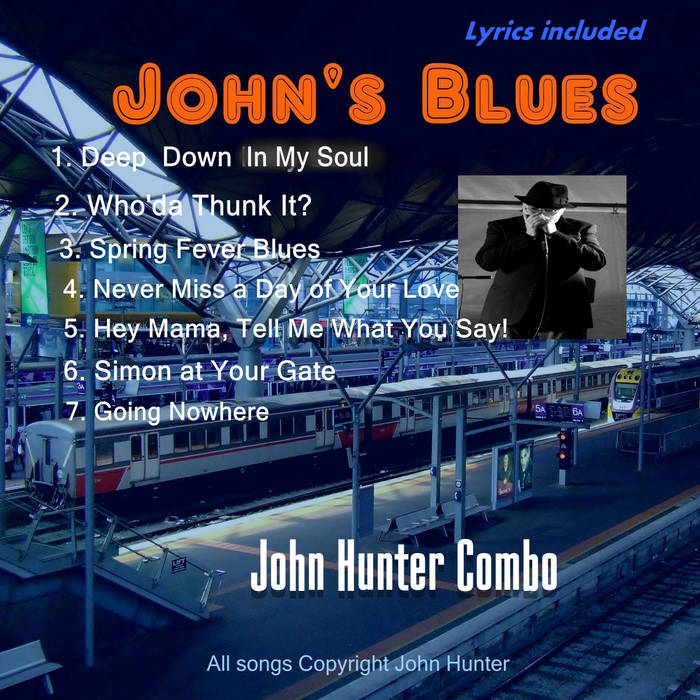 The melodies and some of the themes are influenced by my years playing in blues bands from Mississippi blues to modern. I owe much to walking-talking-writing-performing bluesman and friend, Mr. Jim Dowling and the late Tom Lewis.

BOOK John Hunter Combo, noted Melbourne-based solo singer song writer and renowned harmonica player.
John sings his unique blues, country, ballads and humourous material with harmonica and guitar around Melbourne and Victoria. He is frequently invited to complement bands and other aritists and to provide studio harmonica in locals studios and overseas by internet connection. ... more

Bandcamp Daily  your guide to the world of Bandcamp